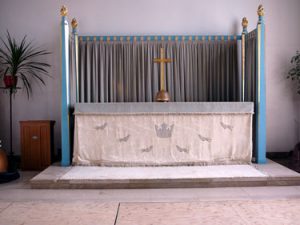 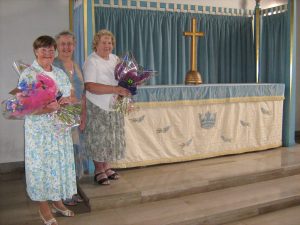 (Before – left, and after – right, with Julia, Pauline and Jean)

In September 2010, three of our members attended a service of thanksgiving and remembrance to commemorate the 80th anniversary of the opening of the former Lewes County Grammar School, (now Lewes Priory School) and the 50th anniversary of the Dedication of the Memorial Chapel.   We had been invited to make new Altar Drapes to replace the original ones, which had become rather worn and faded.  After many months of planning and tracking down fabrics to replicate the original design, we finally completed the task, as these photographs show.   The Old Lewesians Organisation 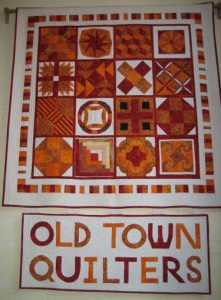 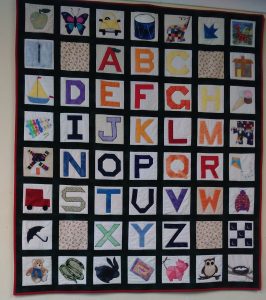